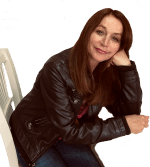 Fiona’s background is in nursing and having worked on an acute cardiac care unit, she developed an interest in cardiovascular health and general well-being. For as long as she can remember, Fiona has always enjoyed cooking. She learnt that sharing a meal cooked from scratch is a holdall for happiness. Fiona’s parents weren’t so happy with the mess in the kitchen afterwards, but the roast chicken was both edible and quite an achievement for a nine-year-old!

Fiona say’s ‘If something was mouldy or smelled funny, you binned it, or carefully sliced the mould away and ate that bit of cheddar, so a day off school maybe? If you stuck a knife in the toaster and got an electric shock, your mum would say, serves you right, and you NEVER did that again. You get the picture, right?‘

Many, many years ago, plus a few more years later, Fiona found herself single at the age of around forty-eight. The men she was dating had been freshly clicked from various dating sites; they were of a similar age to her. They often had problems with their nether regions, or in other words, couldn’t get it up, and were reliant on the stamina-producing love drug Viagra. Fiona goes on to say ‘As a matter of interest, many of my friends were experiencing the same failures with the men they were intimate with. All of us ladies felt compassionate I can assure you; it’s not pleasant for any man – of whatever generation – to experience this sort of failure. It can make them feel inadequate and depressed, and moreover, unable to sustain a relationship.‘

Fiona had an epiphany moment one weekend whilst reading a newspaper article on foods that can address Erectile Dysfunction, by aiding blood flow to the male genitalia, as well as boost fertility and sperm motility, liven up flagging libidos and much more. As she has been researching in tandem with her own bespoke recipes, she found that many of the combinations have the dual impact of lowering cholesterol levels, warding off diabetes, as well as promoting healthy heart function. And lastly, boosting serotonin, having a positive effect on mood and energy. This was the spring of 2016, and along with the cherry blossoms, an idea was blooming in her mind. The idea was to combine her passion for cooking with her compassion for men at large and she says, ‘To be honest with you, I do have a strong humanitarian interest. So, I figured just maybe, hopefully, little old me, could actually help other couples in the bedroom department. So, I took to conducting some research, just to ensure this inkling of mine might be legit, unique and altruistic. I scoured the libraries and scanned the shelves of many bookstores. I found a cornucopia of cookery books: foreign cuisine from every nation; student budget recipes; low-glycaemic-index cookbooks; low-fat recipes, GET fat recipes and many more. However, there was not a SINGLE recipe book even remotely addressing the problem of low libido or Erectile Dysfunction.’ 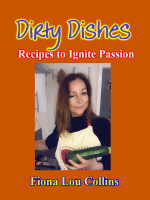 If you thought there was no more you could do with a cook book except change a few ingredients then this is the book for you.  In this book, the first of its kind, the author has produced a compilation of tantalising recipes tailored to boost sex drive, heighten desire and tickle your taste buds.

Researched and written over a five-year period, ‘Dirty Dishes’ conjures up easy recipes that will impact your health & sexual life in a rainbow array of ways. Not only do these tantalising dishes aid blood flow to male and female nether regions but also help ward off diabetes, promote healthy heart function and help to lower cholesterol levels.

Ingredients used also help boost fertility and sperm motility: Great News if you’re trying to get pregnant! Lastly, they can boost serotonin levels, having a positive effect on your mood and energy.

Forget the Viagra, these dishes will bring pleasure to the palate, a tingle on the tongue plus a whole new flavour in the bedroom. Having couples come together in the way nature intended; happy, healthy and most importantly, satisfied – simple!

“I first connected with Fiona on social media; I loved her enthusiasm and energy for life. Conversations with her would brighten anyone’s day, no matter how you felt. All of these traits about Fiona burst through when I read her manuscript for Dirty Dishes. I couldn’t help but smile at her refreshing, and I must say risqué way of engaging her readers. This was definitely Fiona, on a plate. I was only too delighted to be asked by Fiona to help with many of the “Start You Up” starters, not only because she is a great friend but also because I’m an author, writer and professional chef. I have helped her with the presentation of her other dishes too. I was literally blown away by her knowledge of food and the scientific elements of creating and putting these amazing dishes together, in the book, using various ingredients for her recipes. This book will put smiles on everyone’s faces in all departments, for certain.” PAUL JAMES Paul is a renowned chef and author of: Great Britain and Cornwall Edition One; Recipes from My Kitchen and Recipes from My Travels… New York, New York. Also creator of worldwide acclaimed social media blogs… Recipes from My Travels; Completely Cornwall and Brummagem Rubs & Spices. 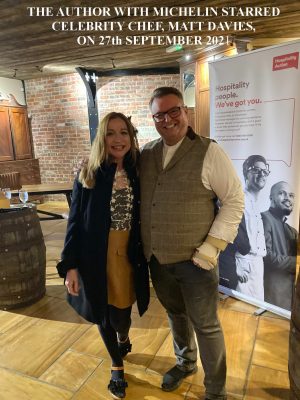 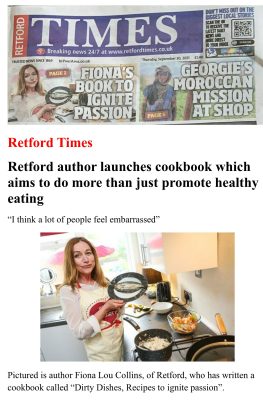 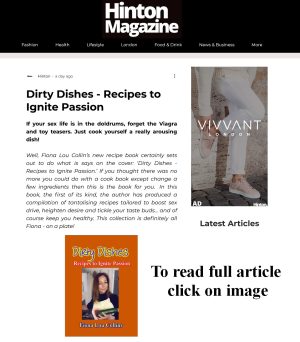