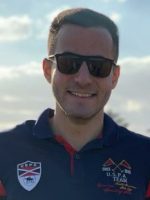 Mostafa had never gone anywhere outside from Egypt; he remembers that the furthest journey that he had made in his life was to Nuweibaa a town in Sinai. But, when ruthless traumatic incidents happened in his life, he had nearly travelled all Europe with his writing – Thank God for that, for, he says, I am not a boaster.

Mostafa goes on to say, ‘In consequent to those incidents, I had discarded the company of friends, family and become fully reclusive and hermit-like in my behaviour, since I started to find my solitude’s atmosphere to be more comforting. To be honest, I also found the lockdowns to be a good turnout, as it had prompted me to spend more time with myself, writing and stopped my actual going to college. It did highly work out with my introvert character.

However, the loneliness had sometimes felt to be utterly intolerable – as not only being bipolar did render it to be so, but my strongly imaginative and racing thoughts did. Thus, I started looking for someone ‘a psychotherapist’ to confide in. As a result, I did create my own mental health counsellor eventually – and my therapy world – to befriend her throughout my loneliness and to also fulfil any need for company that I’d have in mind. I really did imagine talking to ‘Dr Hastings’ right before sleep, and used to write down notes when I was awake at night.

On the other hand, Mr Roosevelt’s character was founded from mine and my life; and the other characters were from the many books of which I had read. I had always been a great admirer of Charles Dickens; and my favourite book which was written by him would be Bleak House, from which also my favourite character would arise Esther Summerson. To sum it all up, when life had become hard and barren to me from any friendships, I befriended my books and my writing; as they were manifestly more faithful and empathetic to me than any other human being of which I had known, and I intend, God willing, to remain constant to this kind of relationship – as it turned out to be the best. 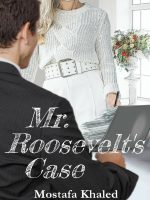 ‘As the world recovers following the pandemic many people have suffered the almost invisible effects of deteriorating mental health, depression, dysthymia and a host of other issues, some have a lifetime of experience, others are new to this debilitating illness.

The eminent and world renowned psychotherapist, Dr Linda Hastings, having worked with and treated hundreds of patients, is recognised in the Queen of England’s birthday honours list for her services to global medicine and awarded the accolade of Damehood.

In contrast, Mr Adam Roosevelt, an English professor, finds himself suffering from loneliness and insomnia and finding it increasingly hard to manage his condition unaided. Having finally decided to reach out and seek appropriate help, a whole raft of mysterious events begin to take place……
‘

“… this book is very beautiful and harks back to an age and style – not only in the manner of writing but in the contents themselves – that we rarely see these days.”