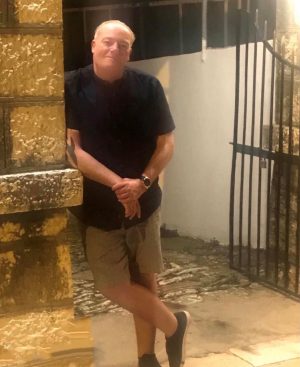 Paul is a retired professional chef, an author and owner of three Facebook blogs and a website promoting businesses in the hospitality and tourism industry, with followers of over 7,000 and reaches of millions worldwide.

In addition to writing articles and columns for newspapers and magazines locally and around the world, he also makes live appearances on CookPadUK and in Corfu Tourist cooking demonstrations

Following on from his successful book, “Recipes From My Travels, Great Britain and Cornwall edition one”, his future upcoming books will include

“The Culinary and Cultural guide to Corfu”, “Greece & the Greek islands” and “Cornwall’s lost Recipes”.  He is also completing a series of six short recipe books focusing on the places he has visited including USA (New York & Las Vegas), Netherlands, Spain, Greece and Portugal.

In what spare time he has, he manufactures his own blends of spices & herbs and flavoured seasoned salts from around the world, merchandises through his own online shop and of course his own business directory where he continues to promote businesses in the hospitality and tourism industry.

Paul also collaborates with others and his future collaborations include:
Author Fiona Collins where he consulted and created dishes for her book “Dirty Dishes – Recipes to Ignite Passion”.
Air Vitesse Aviation where he will be collaborating on two books featuring Corfu and Greece and the Greek islands, which will also include a proposed cooking series including demonstrations for online and YouTube channels.

Paul hopes to be able to attract investors to help build the trade name “Recipes from my Travels” (Rfmt) to become one of the biggest names in the hospitality and tourism industry worldwide.

As if that wasn’t enough, Paul also works closely with charitable organisations including:
Food cycle UK and the Birmingham Food Hub where he helps promote awareness of how to feed low-income families in Birmingham and around the UK.
Alcohol change UK, where he is a community champion with a main aim to highlight the stigma in society to illnesses such as alcohol, drug and other substance abuse.
He actively helps colleagues in the hospitality and tourism industry that are affected by depression and suicidal thoughts as that industry is amongst the highest percentage of professions in the UK that suffer with these issues.
Talk, Change, Grow, North Corfu Children’s Home.
The Cancer Centre, Queen Elizabeth Hospital, Birmingham and The Teenage Cancer Trust.
Drink Academy Ltd helping consult on Non-Alcoholic beverages in recipes and final dishes. 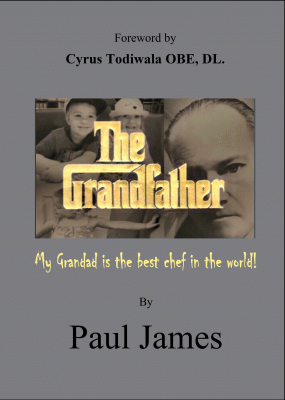 “Three Chefs, one pot washer and 20 recipes” – things could get messy!!

As a retired chef I personally believe that children should be encouraged from an early age to know the basics of cooking with the help of an adult.  After all it’s an important part of life, just as paying your bills and going to work.

Here, I have put together easy to follow, adult friendly dishes, with the help of my three sous chefs and beautiful grandchildren; Freya, Freddy and Summer-Rai, for us to cook together.

Paul visits schools and colleges around the midlands area doing talks and possible cooking demonstrations to show the importance of teaching children the basics of cookery.  The dates and time to be confirmed.

Paul was interviewed on BBC Radio Coventry & Warwickshire on the 12th January, then Brumside Radio on the 16th.  It is a local community radio station in his hometown city of Birmingham.  Both these were a success with listeners writing in as he was live on air asking about the book.

He was also asked to do a live interview on BBC Radio Shropshire on Monday 24th January who wanted to talk to him about his book.

He has also been busy doing interviews with newspapers and you can see the full articles by clicking the newpaper logos below.

Paul’s photograph, taken on one of his travels is on the shortlist to be the cover photo for next month’s edition of ‘Voyagers Voice Magazine’, the free online digital magazine. You can see it and vote for it here

Family, friends and prominent people in the world of cookery and showbusiness all clammer to want to show support with messages and well wishes for Paul’s new book “The Grandfather – my Grandad is the Best Chef in the World”.

Paul with Cyrus Todiwala and his wife Pervin.