Ethan Ross’s ‘Point of No Return’ is an intense, vivid and gripping thriller that is the result 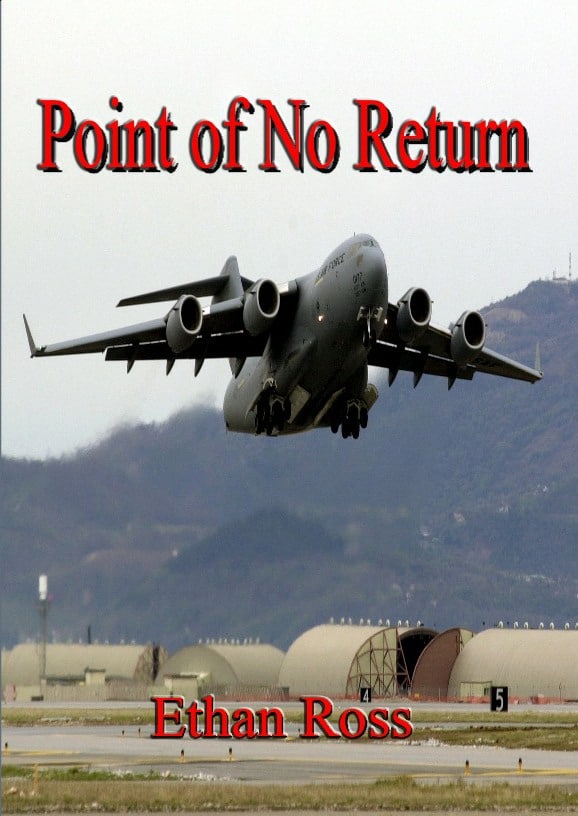 of hundreds of hours of research into anti-terrorist military operations. While fiction, it reads like a documentary – as a British SAS soldier is tasked with forming an anti-terrorist taskforce. However, Jack Copeland has other ideas…

The systematic destruction of several key US diplomatic installations in the Middle East by a ruthless terrorist campaign and the kidnapping of Charles Perez, the US Ambassador to Sierra Leone, forced the President to act. Jack Copeland is former British SAS now employed by the Americans to spearhead the anti-terrorist group ‘Scorpion’. The rescue mission cost lives, and Copeland realised that he was losing the support of the very people who had placed him in this position.

He had a hidden agenda that he knew needed the support and approval of his Commander-in-Chief, the President of the USA; he also knew that in order for the plan to succeed, there was one other person to whom he needed to turn.

The story is based on the author’s vast experience in the military and personal security.

His book can be purchased:

Scan the barcode below in your Amazon app.