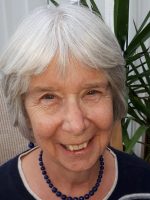 At teacher training college, chance saw me on the main Mathematics course, with Art as a subsidiary, because I had not studied Art at A level. A life changer!

Teaching was my vocation.  My career began in Birmingham, where I worked with many students who had English as a second language. I soon recognised that literacy was a vital ingredient to access and understand my own subject. So much of everyday language has the same meaning in mathematics. Words such as ‘operation’, ‘function’ and’ factor’ had the same meaning in both contexts. I never stopped learning or aspiring to be a ‘better’ teacher.

Prior to moving to the north-East, I was working as a numeracy consultant for Birmingham Education authority with some 70 plus secondary schools. As a departmental head before that appointment I devised my programme of work in a term and was praised, by Ofsted and my head teacher for turning the department around.

I have also been interviewed by the BBC. No fame or celebrity for me though. In my second year of teaching I was appointed as the first female head of IT. It was a challenge with 30 GCSE students and one tape reading machine that too often failed. I enjoyed it but as I gradually taught more IT and computing I came to the realisation my heart lay in mathematics teaching and never looked back.

I am proud of being awarded the title of AST (Advanced Skills Teacher) as colleagues, students and parents play a role in the determination of that status. A large part of the role meant designing and delivering training to colleagues across the North-East and disseminating ‘best practice.’

On retiring in 2009 from full-time teaching, I was appointed part-time to the PGCE course at Newcastle University and later the Teachdirect teacher training scheme. It was a most rewarding time spent with new intake to our wonderful profession. 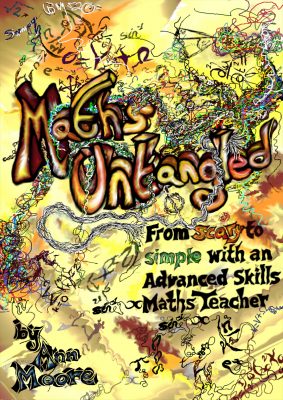 Maths does not have to be confusing or scary. It can be simple and understood by you.

I am not a Mathematician. At school, I was no high-flier, not even an also ran. More a back-marker. I appreciate how it felt being the one who did not get it.

Helping struggling or disillusioned students UNTANGLE doubt and become less fearful was my passion and driving force as a teacher.

To develop my own different creative approaches, to unlock their potential. The key?

To gain a realisation it is possible to understand, and yes, even enjoy the subject.

My fondest memory is a bottom set student who wanted to be a mechanic and returned to tell me he became one.