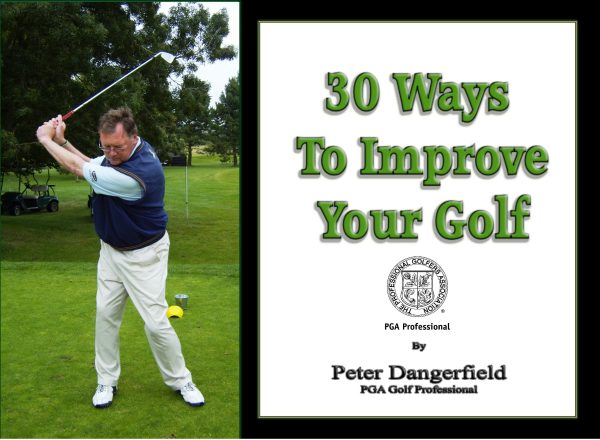 30 Ways to Improve Your Golf by Peter Dangerfield

Golf is probably the most frustrating sport imaginable in that it is just between you, the player, a static ball and the golf course. What makes one golfer better than another is partially an innate skill. However, most often it`s the way one players applies him/herself to the game compared to another.

Each player is different and each golf course is different. What eventually makes a lower handicap player is the time taken to study how to deal with the many different situations that arise during a round of golf. Having written over 80 Lessons for a local newspaper Stroud Life Peter decided he wanted to share his knowledge with a wider audience. After much soul searching, he has chosen these 30 lessons.

Most golfers want to see their handicap reduced and in this first book, Peter Dangerfield highlights the most common problems encountered by golfers during a round and how to deal with them. Also included are some common swing problems that can arise even for the better player.