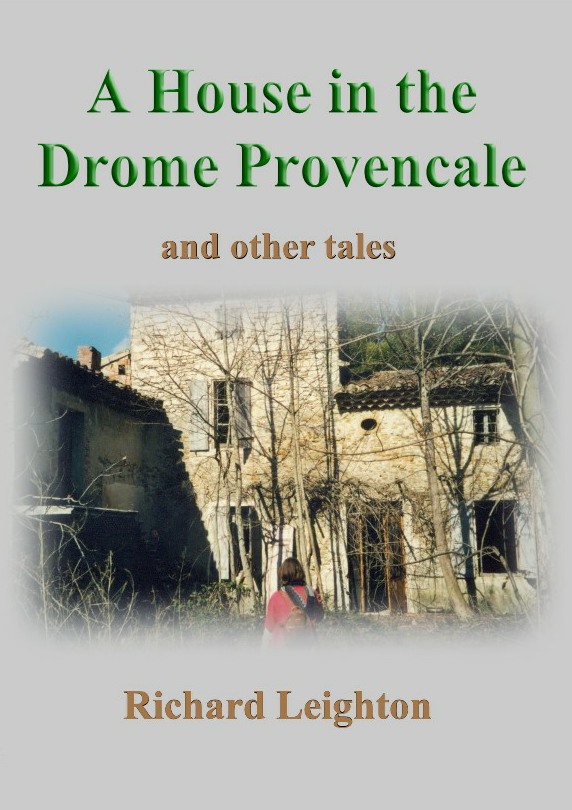 A House in the Drome Provencale by Richard Leighton

Andrew Falconer, head gardener and soon to be published author, decided and other tales to leave the glitz and the glamour of the bay of Cannes behind him and head for the city of Lyon where he has just recently met whom he considers to be his ideal woman. Once there Andrew registers with a local language school to improve his French while at the same time moving in with his new partner before eventually going on to secure a position as head gardener with the local city council. Things from then on move pretty quickly after that and it’s not long before Andrew and his new partner Danielle Duranton discover a liking for the very striking Drome Provencale region and it’s seemingly endless supply of abandoned farm houses that are just begging to be bought, renovated and transformed into the ideal holiday home.

However, things don’t always go as planned and it’s not long before the intrepid couple soon find themselves with more than a few unforeseen hurdles to deal with which include; their recently purchased property being full of snow over the Christmas period, entire walls collapsing in the middle of the night and their entire driveway being destroyed by a team of unpredictable builders with a ten ton truck. Not to mention an overabundance of unusually large insects climbing up and down the interior walls of their new abode.

All of this however they consider to be a small price to pay when savouring the delights of owning your own authentic, if not rustic farmhouse in the south of France and the prospect of Andrew simultaneously realising his literary ambitions all at once, having written some of his most accomplishedand original short stories to date.