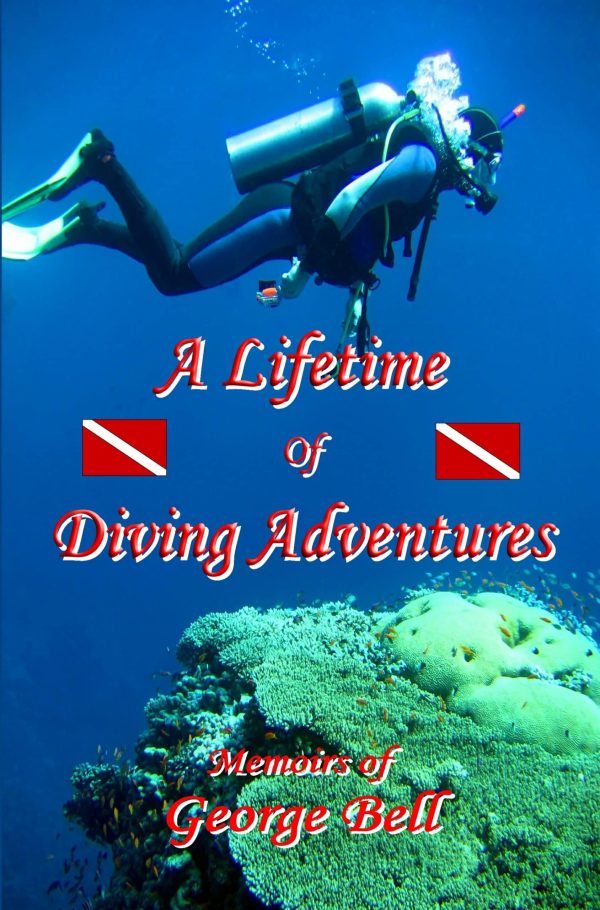 A Lifetime of Diving Adventures by George Bell

Having done all these things, George Bell lives to tell the tale and vividly recounts his life underwater in over 100 short stories. The old man of the sea indeed: it is a title I bear with some pride after sixty years diving and fishing. Some people count their fingers; I count my lives. With a life spent, much of it on or under the ocean waters, which lap the exotic coastlines of South Africa; one has to rely on a certain degree of luck. You can call me the sea gambler if you wish. It wouldn’t be too far off the mark. Those far southern climes are notorious for their massive ocean swells. After all, South Africa s coastline is shadowed by the world s mightiest oceans.

The Indian Ocean, all the way to Australia, and the Atlantic, all the way to the Americas can both be tempestuous and fickle too. It is also home to many millions of sea life species that don t always see eye to eye with intruders from the one seventh of the earth they re unfamiliar with. To these creatures man’s habitat is indeed an island and a small and insignificant one at that.

Living and working on the surface and just under the skin of these great earthly creatures we call the Indian and Atlantic Oceans, one faces dangers and a colourful kaleidoscope of events on a daily basis. The nemesis of many a horror story, the killer sharks, are just another part of that great ocean s tapestry. It was quite a life gauntlet for me to run, but I survived the blows largely unscathed. In fact I survived to tell the tale; indeed with many tales to tell. The credit for my initiative in setting them down must include my grandchildren with their constant appeals to Papa, tell us a story. The difficulty was how to set it out, and not to repeat myself. I didn’t like them saying O, we’ve heard that one.

Should it be a biography, a fictional novel based on a true story? Might it not be far better for reader and writer alike to skip the boring mess-room bits and sticking to the point in telling a 101 tales. Let that be the only exaggeration, but you will get my drift. You will also be assured that in the telling, you will not only read of my experiences; you will share them with me. I want you to feel the whip of the wind, the aroma of the seas and fill your lungs with the smells of the upper and lower decks. So welcome aboard shipmates; enjoy a life that only the few are privileged to experience.

I would like to thank my daughter Carolyn, who started transcribing the first stories from my very rough notes. Later, when I had moved to Spain, my good friend Sarah Crosby was able to complete the difficult task.