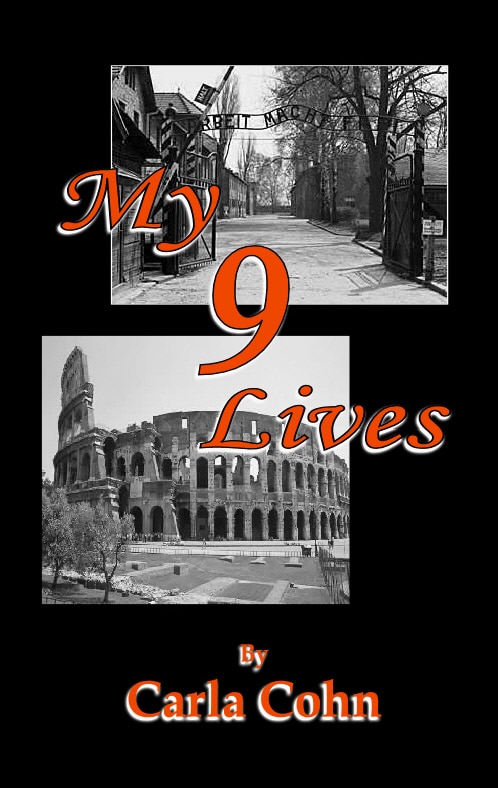 My 9 Lives by Carla Cohn

As a girl in her middle and late teens Carla Cohn was a prisoner in Theresienstadt for about 2 years where she survived severe typhus; she was then taken to Auschwitz where she was inexplicably and at more or less the last minute pulled out of a gas chamber, and she survived in a satellite camp to Mauthausen, ultimately in a labour gang digging a mass grave intended for the remaining prisoners.

This book is the story of a girl who originally came from a well to do highly cultured family of whom she became the sole survivor. Her extreme suffering in concentration camps mutilated her emotionally but in spite of it she managed to lead a highly constructive life, although the building of a truly satisfactory personal life was beyond the possible.

She has written this autobiography as a contribution to the fulfillment of her most ardent desire that it may never happen again.