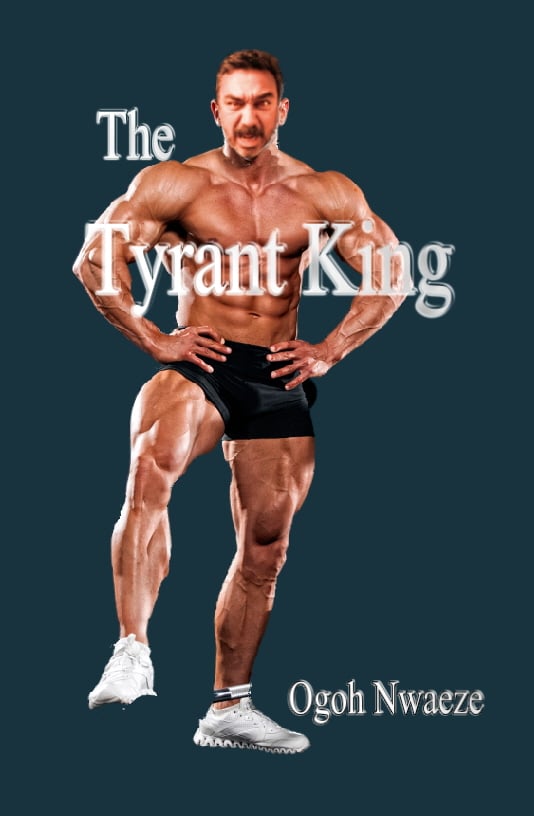 The Tyrant King by Ogah Nwaeze

A warrior has been born to Eziga community; his name is Nome Utara.  As their King, Nome asks his community to find him a wife, build him a house, feed and clothe him together with all members of his household.

His size, strength and character are such that no-one could muster the courage to challenge him or refuse to carry out his orders.  He takes beautiful womed and girls by force to be his wives or concubines.  They are condemned to perpetual sexual exploitation as servitude to the King.  He needs no advice and seeks none.  His life revolves around having marathon sexual adventures with his concubines, eating food produced by and seized from his subjects, judging them and executing his judgements.

Members of Utara’s cabinet dare not challenge his orders or risk being strangled to death.  Hard work and orderliness prevail and there is absolute, although forced, peace, love and prosperity in the Eziga community.  So much so that tyranny appears to be the best form of government.

However, when Christianity enters his community, Utara feels threatened and does not want to share his power with any other being whether called God, Jesus Christ or Holy Spirit.  He vows to stop it in order to retain his goernance and save it from falling into the hands of foreign powers thereby desecrating the customs and traditions of his people.