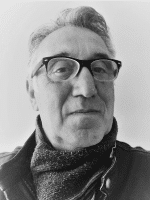 I prefer writing to talking; it allows me to think first. That’s not to say I don’t speak, I often do. I can mouth words faster than writing them but that’s never stopped me stringing lots of letters together in a multitude of sequences. I genuinely don’t mind if this takes longer. I also like reading, it’s soundless speaking.

Michael Tee was born and raised in England where he was educated to Master Degree level. He currently lives on the South coast with the only wife he’s ever had together with their sixth and seventh dog.

Work, more often than not, took Michael away from home, travelling both in the UK and overseas. With car keys and passport happily tucked away in a drawer, he now has that all important benefit called time to follow his passion for writing.

This novel began more than thirty years ago while working in Dundee, Scotland. 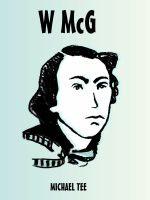 “The best worst poet”, is the term often used to describe William McGonagall and although the claim may have some element of accuracy, it tells nothing of the man or the life he led. W McG reveals his story.

Billy, an American journalist, is on a working visit to the 2018 Edinburgh Fringe Festival and meets Dougie, a local performer, who in conversation describes McGonagall’s character and idiosyncrasies. Friends and foe serve to play their part in the poet’s adventures, the trials and tribulations, the successes and failures and eventually his demise.

Billy is enthralled, only to later learn McGonagall had unknowingly been an influence in his own life.