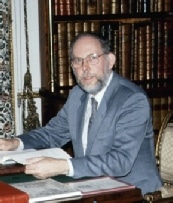 Tom Askey MA BSc graduated in medieval history in the University of Manchester as a mature student, having trained as a young man in biochemistry in the University of Sheffield, a farmer’s son taught by Sir Hans Krebs. Later he qualified in intellectual property law in London. After years as scientist and lawyer in pharmaceutical companies and in private practice, he switched to his first love – medieval history.

For many years he was the Archivist of the late Duke and Duchess of Devonshire at Chatsworth, where he assisted scholars worldwide. He was himself the author of numerous scholarly articles. A popular speaker who loved an audience, his swansong Chatsworth lecture was delivered before several hundred people in the presence of royalty.

In retirement he wrote the first and only biographies of artist Lance Thackeray 1867-1916 and author Nat Gould 1857- 1919. They were a challenge. Lance Thackeray left no personal papers whatsoever, and Nat Gould just a few letters. Both biographies were put together from traces found in long-forgotten newspapers, magazines and other publications. Richly illustrated, they have become the definitive authorities.

Tom Askey no longer writes non-fiction. Aged 92 he turned to fiction with the publication of his first novel “The Drum House Mystery”. He writes what he calls “cosy mysteries read in a favourite armchair by the fireside, with a glass of red wine to hand”.

He is working on several more such stories, and hopes to survive to see them in print. 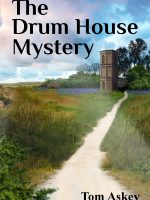 A famous medical team had put their international prize money into establishing a Research Foundation based in a former Surrey mansion. However its once acclaimed research had started to falter.

One scientist disappeared, and another fell dead at his laboratory bench. Something was strangely wrong at the very heart of the Foundation.

The chance find of a travelling bag on the nearby downland leads a timid staff member along a perilous trail of events in solving the mystery, helped by new friendships. And doing so becoming the inspiring leader to restore the prestige of the Foundation. 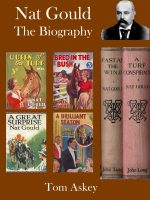 Nat Gould 1857-1919 wrote a vast quantity of stories. His novels sold in tens of millions over the years, many in several editions. Some were filmed. Yet little was known of the man behind the image that he created of himself – a hearty sportsman, devoted to horses and to the racecourse – in passages scattered through four books. Not always with total accuracy, but then in writing of himself no man is ever on oath.

Now this first biography reveals a larger picture, his background and family, friends with whom he caroused, employers with whom he quarrelled, setbacks overcome. Knowing him better makes him even more fascinating. 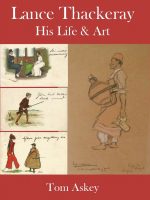 Lance Thackeray 1867-1916 is known as a designer of humorous postcards whose wit and elegance have never been surpassed. He was far more than that. In his short lifetime he produced sketches, pastel drawings and watercolours of great skill and beauty, now seldom seen.

Had he lived to old age he would surely have become a major English artist. Sadly he died during the First World War.

Sociable yet self-effacing, he has eluded wider recognition. A bachelor leaving few personal traces, no full account of his life and art has previously appeared. In his centenary year this book is timely.