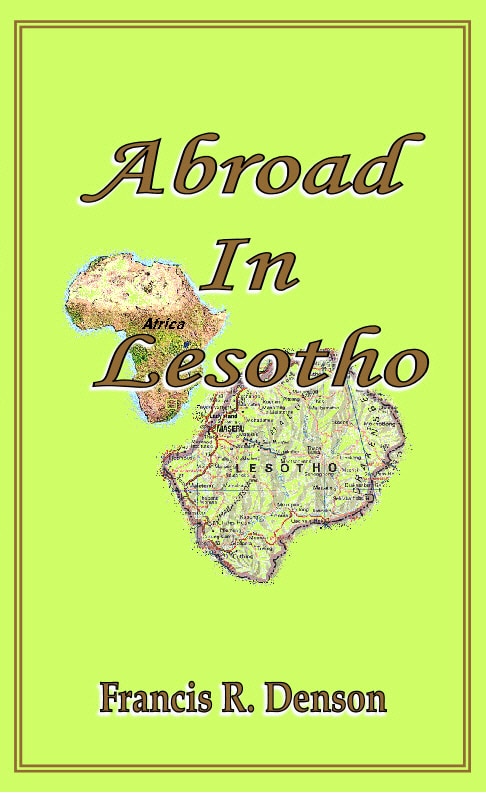 There can be no doubt that the best way to experience the way of life in another country is to visit that country not as a short term tourist but as a long term working expatriate. This brief treatise describes some of the experiences of the author during his six or so years living in the small mountain kingdom of Lesotho, when he was working there as a Technical Cooperation Officer on behalf of the Overseas Development Administration of the British government.

It is not claimed to be an expose of, nor is it intended to dwell on the many cultural differences and similarities between Lesotho and the United Kingdom. It is not even a travellers guide. It does, however, describe some intensely human events in which he was involved and, in that respect, it provides a collection of interesting and often humorous personal anecdotes which, though based upon his own factual experience, are in many respects remarkably fiction-like in their content.

All the people described are real people and the events are real events. Nevertheless it has been thought prudent, in most cases, to substitute fictional names for those of the individuals involved in order not to embarrass those people who, after all this time, may still be around in Lesotho or elsewhere. The author hopes that the contents of this little book might bring an occasional smile to its readers and perhaps, for those who have ever had the pleasure of being expatriates in this delightful country, might possibly even help to recall some cherished memories of their own.

Be the first to review “Abroad In Lesotho by Francis R. Denson” Cancel reply