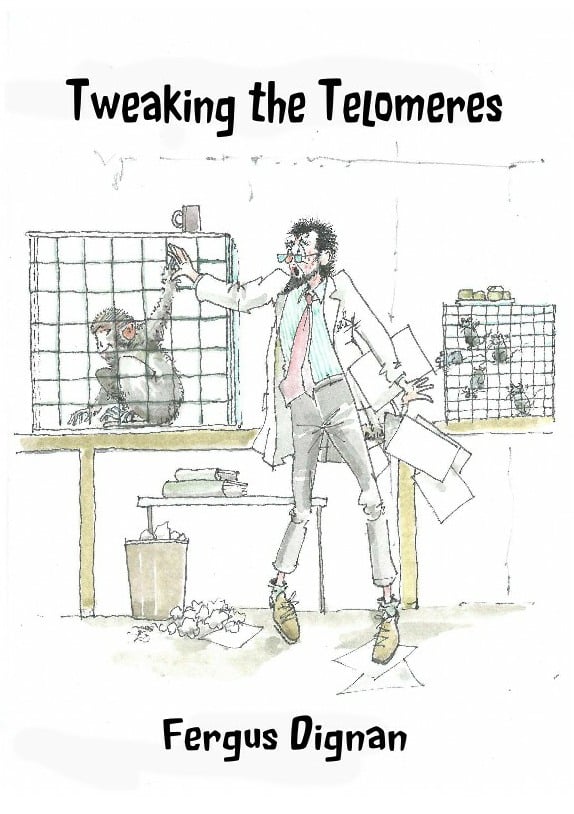 Tweaking the Telomeres by Fergus Dignan

The story describes two biotechnology companies, one ethical, the other not: Peter Melville, a scientist at GeneGACT, has good reason to hope for a cure for Huntington’s disease. Hank Wubbernacker, the CEO at Suckett Ansee, is attempting to create human immortality. When Peter finds out, he plans to sabotage the research project by breaking into Suckett Ansee’s laboratories.

Peter also has domestic dramas: his wife, Jane, has been sexually molested by a work colleague but there is no redress due to a lack of evidence. However, the molester has reckoned without Peter’s cat, Psycho!

Does Jane get her revenge? Does Peter save the planet from human immortality? Read on . . .

1 review for Tweaking the Telomeres by Fergus Dignan