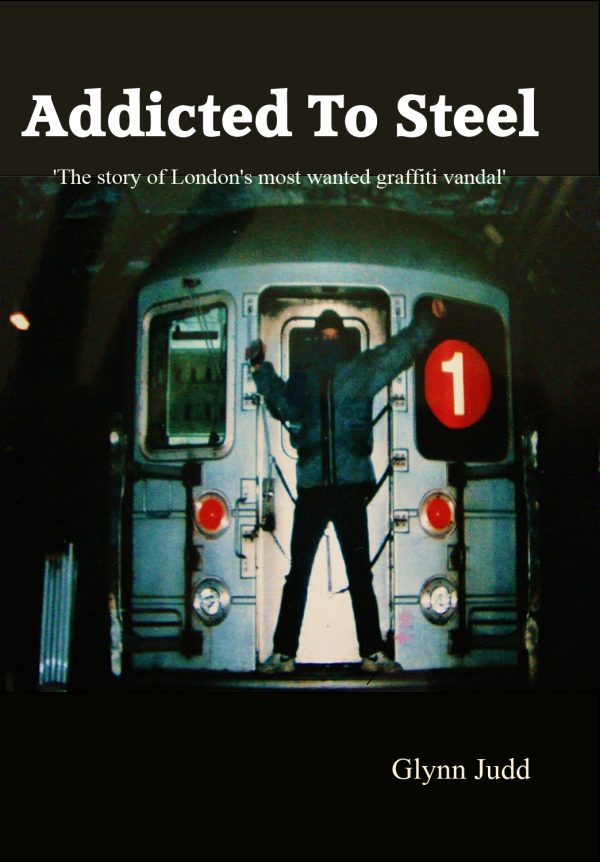 Addicted To Steel by Glynn Judd

Addicted To Steel by Glynn Judd explores the global phenomenon of applying graffiti on trains.

It chronicles the tales of a London based graffiti writer.

Over a period of twelve years Judd became a household name; one of the most wanted vandals by the British Transport Police.

A unique insight into this greatly misunderstood subculture. Judd has given us the first of its kind detailed account of criminal damage on an unprecedented scale.

The book covers many missions that span across London, the Home Counties and as far afield as Europe and New York.

The adrenalin fuelled short stories transport you in to the grime covered underbelly of London s underground transport network along with many other cities. It is a thrill a minute roller-coaster ride of planning, painting and quick getaways.