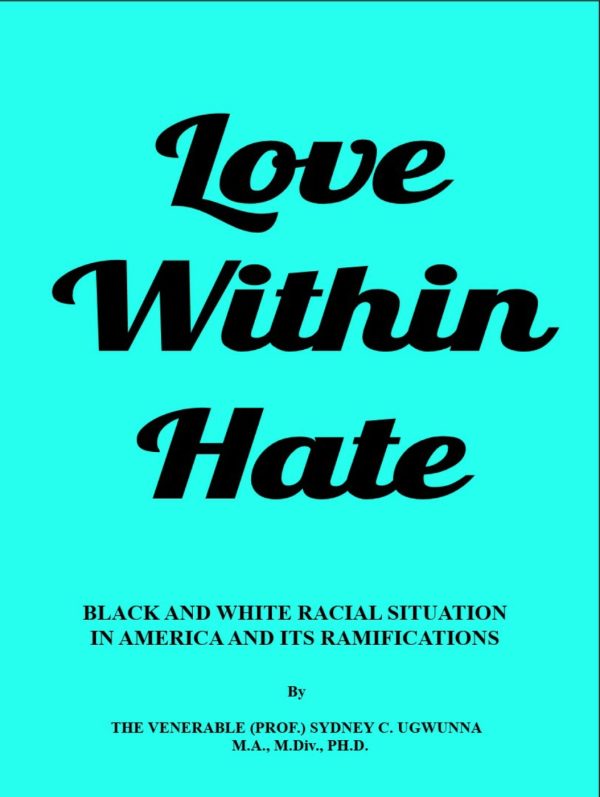 love Within Hate by The Venerable Prof. Sydney C. Ugwunna

This book gives one of the most comprehensive and unique accounts of prejudice and racial discrimination in the united states of America in the early nineteen sixties to the present time.
Sydney, who later became an American citizen, lived in the united states for fifty years. However, as an African student in the United States, he observed and experienced prejudice and discrimination.

The account of racial unrest in the United States is given in this book without emotions or bitterness, but endeavors to be realistic about the problem of racism. The book deals with root causes of racism, prejudice and racial discrimination in the United States, and provides some useful suggestions about solutions.

The book is very readable and engaging, with true stories of romance and love. Venerable Dr. Sydney Ugwunna is now a friend of at least two of the presidents of the United States, presidents Clinton and Obama, and a close friend and admirer of the beloved queen of England, her majesty, Queen Elizabeth II. The venerable (Prof.) Sydney C. Ugwunna is a prominent, retired, grateful priest of the Church of England.

Be the first to review “love Within Hate by The Venerable Prof. Sydney C. Ugwunna” Cancel reply