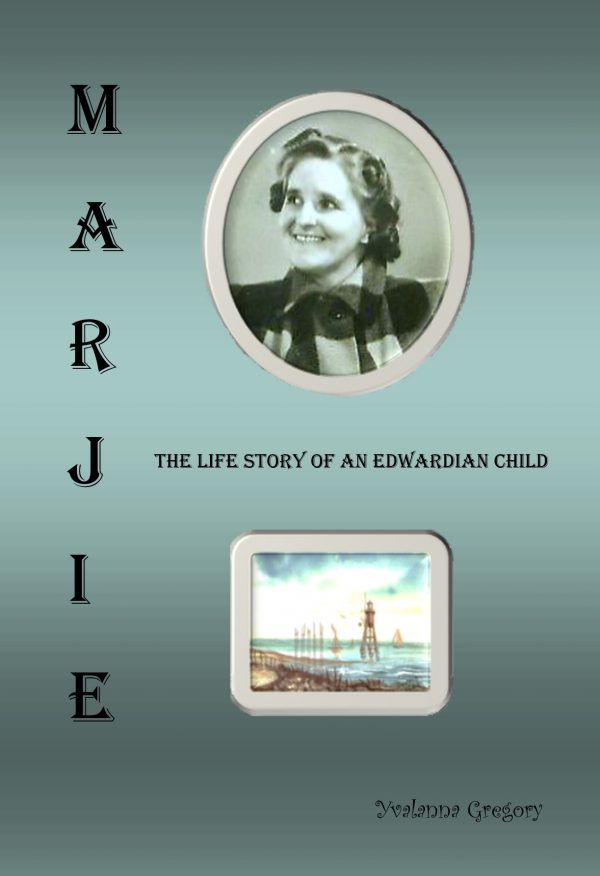 Marjie – The Life Story of an Edwardian Lady by Yvalanna Gregory

Born into a fairly wealthy family in Finchley, North London, Marjorie Rose was the seventh child in her family, although by the time she was born in January, 1907, two girls and a boy had already died.

Her father had a good position as a rating Inspector with the local council and it would seem incredible that, at the tender age of 16 he gave her half-a-crown (12.5p) and sent her to live with her newly married brother and his wife on Canvey Island, in the Thames Estuary.

He told her any life she could make for herself, would be better than the one she had with him and her step-mother, Elizabeth. So it was that she often stayed as late as she could in warm dance halls before finishing the night on a veranda or the sea wall.

She became an excellent dancer and a firm favourite with local young men who would greet her with a chorus of a popular song, Marjie , whenever she stepped onto the dance floor.

She always wanted to write this story herself and told it to me in later years when Parkinsons Disease and arthritis deprived her of her independence. She lived through two World Wars, the 30 s Slump and flooding and came through undeterred. Truth is stranger than fiction , the saying states, and this story certainly proves it is correct.