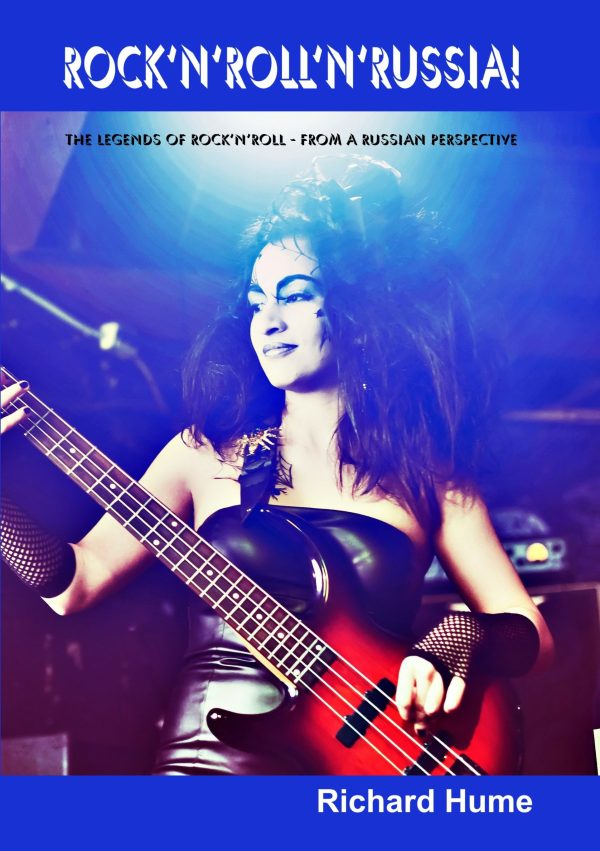 Richard’s collection of work tells the stories of the legends, such as Elvis Presley and Shakin’ Stevens. In addition, Richard details – and sometimes leads the charge on the Russian scene, proving that rock’n’roll is not a purely Western phenomenon. This includes fascinating stories about great Russian rockin’ stars. Plus a significant section of the book focuses on the exciting issue of Women in Rock’n’Roll.

Comprised of Richard’s columns from 2017 to 2019 published in “Maggie’s Blue Suede News”, the U.K.’s top rock magazine, this collection tells the great stories of truly special people; hugely enjoyable for anyone. Especially those who love rock’n’roll.

Richard Hume is a British Teddy Boy who has loved and supported rock’n’roll his entire life. He continues to organise free rock’n’roll concerts and dance classes in Moscow, where he works as a school teacher. His monthly column, “Russia’n’Roll”, can be found in the UK publication, “Maggie’s Blue Suede News”.

Be the first to review “Rock’n’Roll’n’Russia! by Richard Hume” Cancel reply