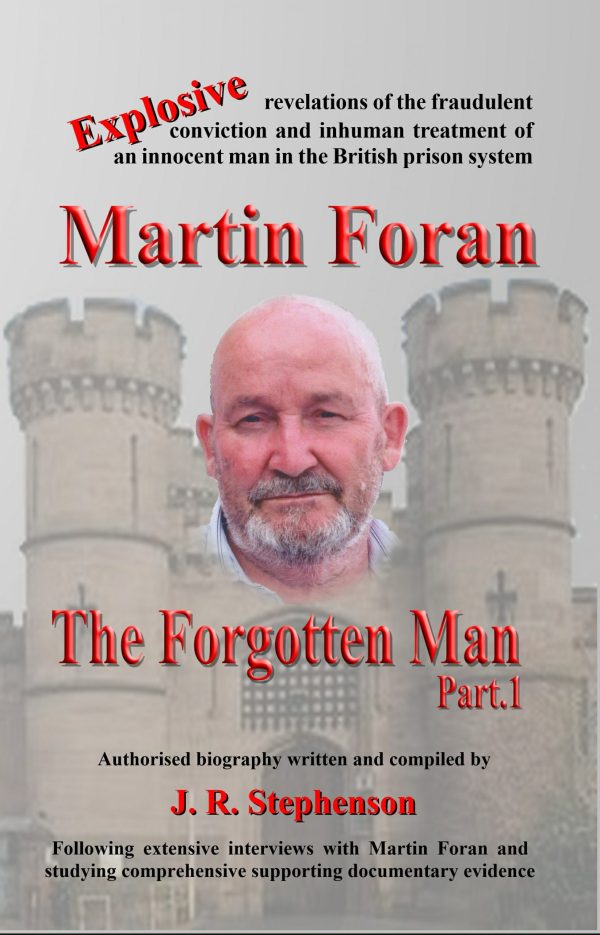 With only a short time to live, Foran has been a lone voice against the establishment for 40 years. Eventually suppressed evidence emerged to prove his innocence.

Two false convictions. Spending over 19 years locked up for crimes he did not commit. Eventually Foran’s second conviction was quashed in 2013. Alarmingly, compensation was refused and is still being fought for.

Continuing his fight against his first conviction, it was eventually referred to the Court Of Appeal and this too was quashed on October 3rd, 2014. In their determination to convict him, the West Midlands Serious Crime Squad resorted to an unprecedented level of corruption and fraud.

This corruption became endemic right to the top of the Force and into heart of the justice system until Lord Justice Leveson ordered the disbandment of the Squad.

The events are written in candid detail and reveal disturbing evidence of corruption at the highest level.

Be the first to review “Martin Foran – The Forgotten Man by J.R. Stephenson” Cancel reply