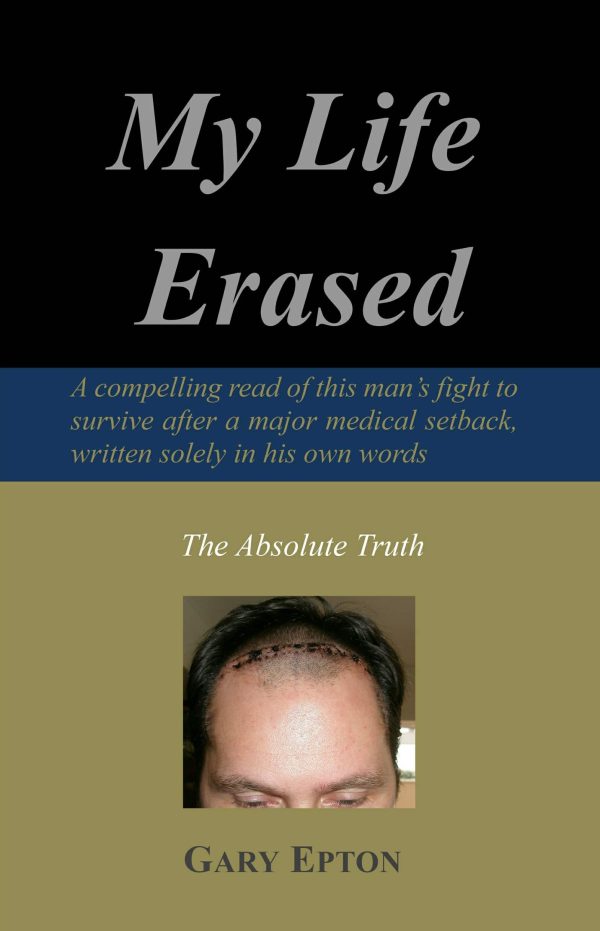 My Life Erased by Gary Epton

The author writes about a real life experience after suffering a major medical setback, which would change his life forever.

In April 2008 he collapsed and was rushed to A & E, where he was revived after having suffered several fits and tonic clonic seizures.

After some thorough medical checks he was allowed to leave hospital after it was thought he had developed a very severe reaction to a vaccination, which he had for an upcoming family holiday.

He remained well and got on with life normally having regular medical checks. But on the 16 December, 2008 he was again rushed to hospital under similar circumstances.

He was motionless and struggling for survival havind died for a short period but, amazingly, he received a second chance.

This book details in diary format and without exaggeration what happened.  He tells of the upset, joy, laughter, determination and strength to win and get well again.