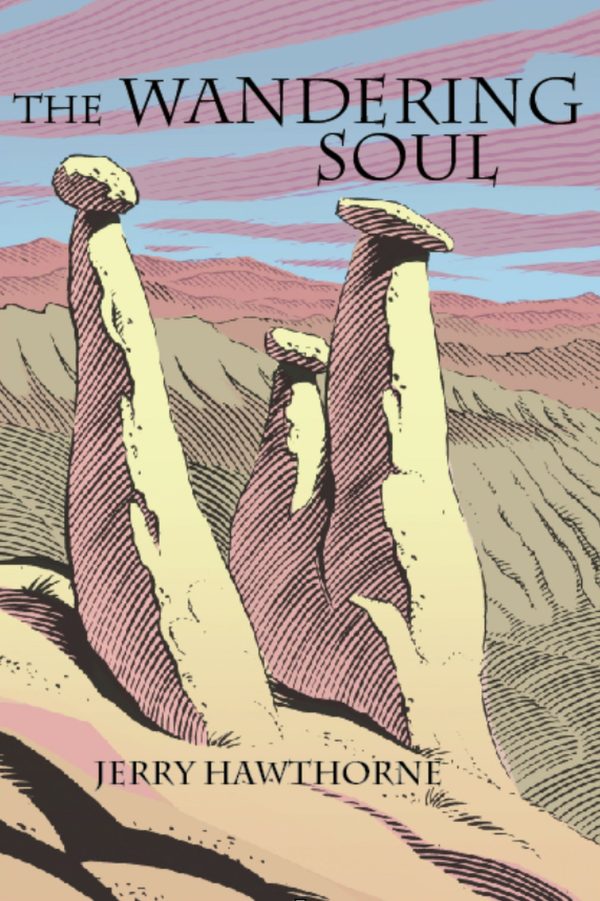 The Wandering Soul by Jerry Hawthorne

The Wandering Soul by Jerry Hawthorne describes his life from age two, after the second world war, to seventy today.

His early life in an RAF nissen hut in Lytham St Annes; hard times at boarding schools; an archaeological dig at Milton Keynes; lengthy train travel to Istanbul; smallpox requiring departure from Turkey to Cyprus military base, thence by ship to Egypt, Port Alexandria and military train to Luxor, in a country eerily awaiting developments after the destruction of three jumbo jets.

He also describes his time in New York, Washington and Philadelphia, meeting his wife while hitch hiking in Ireland; working for two legal firms and for the catholic church, both positive as the latter included the successful visit to the UK by Pope John Paul II, but negative as it involved appalling child protection cases.