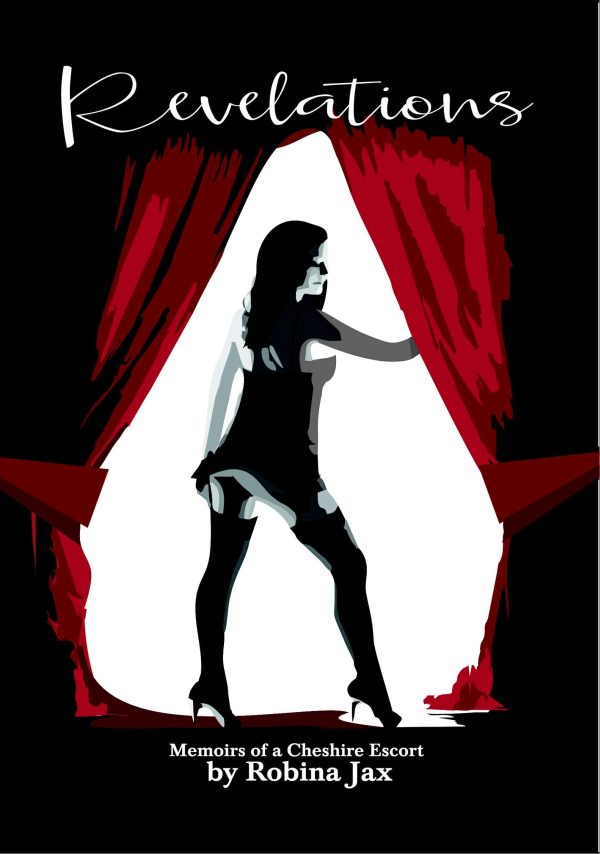 Revelations – Memoirs of a Cheshire Escort by Robina Jax

This is the true story of Robina Jax who led a double life after being drawn into the escort world, which she believed she came to enjoy.

Most of us imagine we know what the world of a high class escort entails but this book takes the lid off the extent of the licentious desires and sexual fantasies she encountered and the eventual toll it took.

To her friends, Robina was a loving wife and doting mother to her children but they did not know about her secret life involving drugs, alcohol and sex in which she found herself.

In order to fully understand how she was drawn into it and what it entailed, it has been necessary to describe in graphic detail some of the sexual encounters in which she participated to satisfy her clients who came from all strata of life, including some well-known people.

Be warned that if explicit sexual content offends, this is not the book for you.