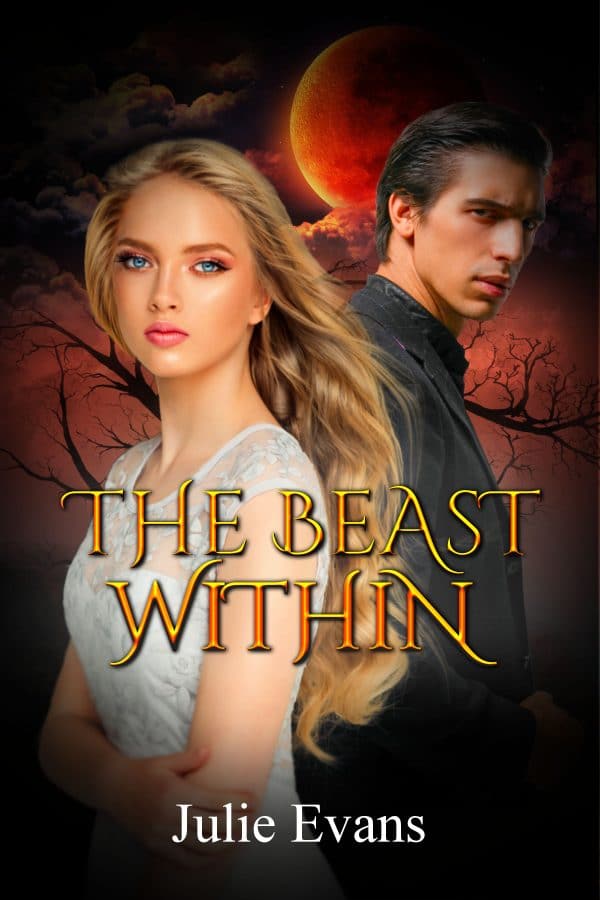 The Beast Within by Julie Evans

Four months ago, James was attacked in the park, supposedly the victim of a violent animal attack. Since then, Kat has done nothing but mourn her boyfriend’s sudden death, avoiding her co-workers and her friends as she tries to overcome her heartache.

But as Kat gets to know Ethan, it seems that he has a dangerous secret. He has suspicious ties to James’s death, and seems to be caught up in a vicious feud with the creepy owners of Crimson Moon that threatens to put Kat in harm’s way…