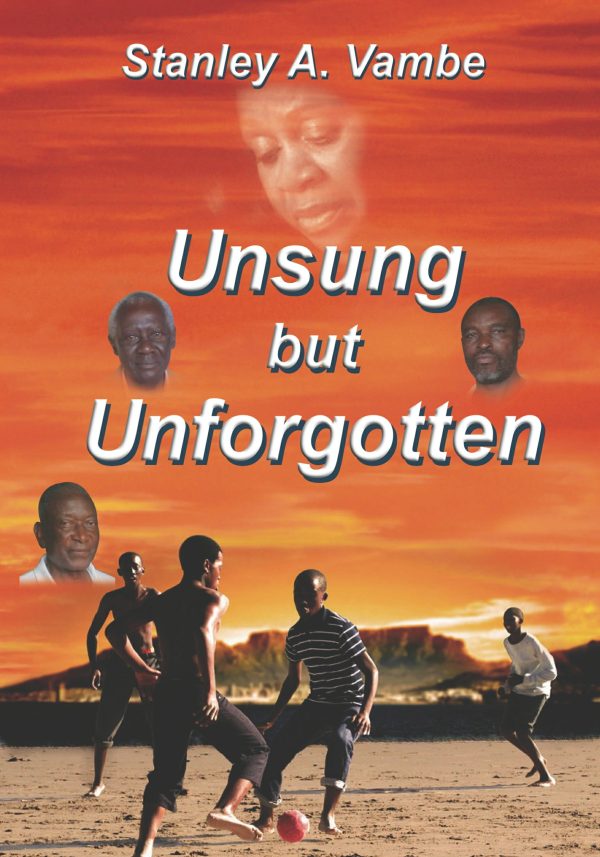 Unsung but Unforgotten by Stanley A. Vambe

Another insight into the intriguing township tales of yesteryear. Sylvia, (aka Mama Abi), the self-styled custodian of the ghetto morals, rules her roost with absolute sovereignty. Her children live in total submission and know not to contravene her code of conduct. Her Iron Lady demeanour however, inadvertently creates a chasm between her and her husband Njoro, who then resorts to the so called extra-curricular liaisons, in order to compensate for the deprivation of his conjugal rights.

Sylvia, while lambasting her husband for his infidelity, plays the hypocrite when she succumbs to the carnal demands of her womanhood. She engages in an illicit affair and harbours a secret which only time reveals, after a rather strange sequence of events. Was it fate or mischief she wondered…?

Football, with its plethora of talented players like George Shaya, Shaw Handriade, Majuta Mpofu, David Muchineripi and Shaky Tauro, becomes the equivalent of religion, with men, young and old, bowing unreservedly at its altar. Kamnolo, Sylvia s son, whom she loved and hated in equal measures, becomes disillusioned with the multi-layered conflicts within his family, and inevitably ends up experiencing his fair share of township misdemeanours.

As much as it is an account of a dysfunctional family who seemed to thrive on high expressed emotion and conflict, this story is also a testament to the carthatic power of love and forgiveness.

Be the first to review “Unsung but Unforgotten by Stanley A. Vambe” Cancel reply