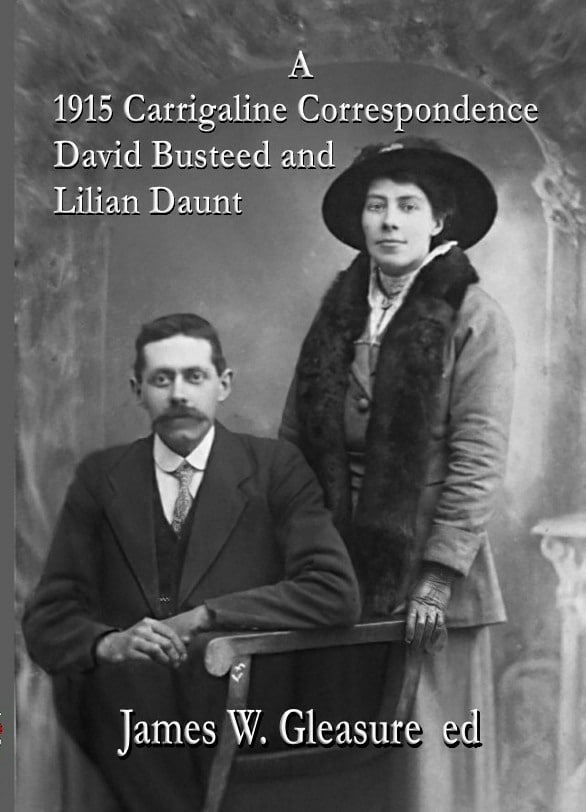 The Busteed/Daunt letters give us a fascinating glimpse of two rural families soon after the outbreak of the First World War.  Life then was arduous by modern standards but was not without its lighter moments.

While the comings and goings of the two letter writers may not be typical of the time, they provide a window into the lives of their respective families who were closely related and occupied farms just a few miles from each other.  Their mothers were sisters while their fathers were first cousins.

Tragedy struck a year after the marriage when Lilian died two weeks after giving birth to their son.