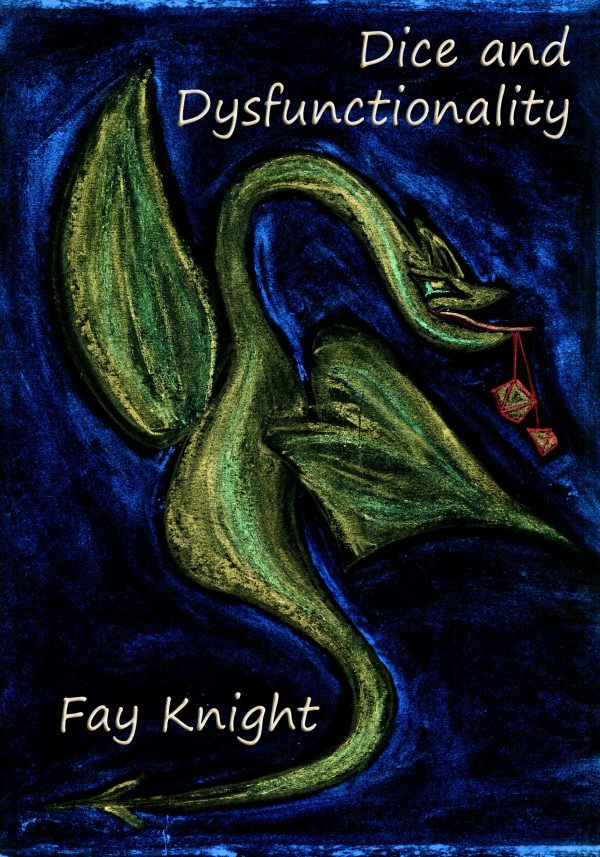 Dice and Dysfunctionality by Fay Knight

Every small town has its own subculture of goths, geeks, role-players and any other outsiders who tend to band together for safety. Little End is no exception; the local role-players are a harmless lot who just want to be left alone to irritate each other in peace and quiet. So when Mark Turner first thinks he sees something strange on his way home one night, his wife just thinks he’s becoming too obsessed with his fantasy game and needs to start dealing with real life.

But more reported UFO sightings in the town are followed by some strange disappearances; and things start to get decidedly strained between Mark’s group of friends as ongoing tensions and power struggles are forced to the surface. While other local people are putting forward their own theories about what is happening, the local role-players gradually realise they have to set aside their individual differences in order to save the world. A cast of outsiders and eccentrics and a very angry cat all feature in this comic debut novel that blends fantasy with everyday reality.