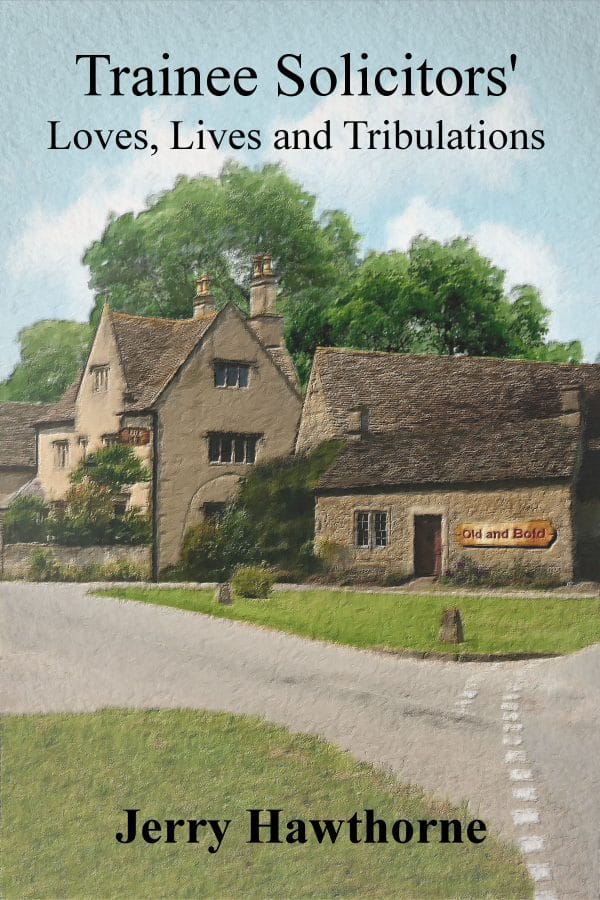 Angela having decided to set out to take on a solicitor’s training contract encountered many trials and tribulations.

Finding a training contract was the first, then seeking affordable accommodation. She nearly gave up the law when one of her first tasks was to wash the senior partner’s car. Her salary seemed abysmally low. Yet work began to improve, especially after she met another likeable trainee David, at the Employment Appeal Tribunal in London. Although his salary was rather higher than hers, as his firm had offices both in Stroud where he was based but also in the City of London.

Her work began to become much more interesting including as it did, a sea plane flight to Vancouver Island, an Italian vineyard, some magistrates court work in Sussex, a difficult Supreme Court case in London and several very sad child abuse matters.

Out of the office, the local pub was great place to unwind; she was persuaded to run the London Marathon; watched Wimbledon Tennis and commiserated with a young colleague whose girlfriend appeared to have left him.

She became friendly with one of the daughters of an English duke and with a girlfriend, went on an overnight couchette pilgrimage train with disabled children.

Be the first to review “Trainee Solicitors’ Loves, Lives and Tribulations by Jerry Hawthorne” Cancel reply