George began his writing career back in 2005 after reading an Australian best-selling novel that he considered to be awful.  Thinking that he could do better he put pen to paper for the first time and within weeks had discovered his calling in life.  The first manuscript George completed was a science fiction thriller. It was never published but he has no regrets about spending two years writing it.   ‘Learning by trial and error that novel taught me everything that I needed to know’ he says. ‘And much more than I would have ever learnt in a classroom studying creative writing.’

Working as a tour guide teaching Kent’s fascinating history, George decided to switch genres for his next novel.  Growing up in the town of Deal on the Kent coast he had always been fascinated by his town’s history.  In years past Deal had a terrible reputation for smuggling, England’s first example of organised crime.  Local men always survived by plying their trades on the sea. And with its location so close to the continent it isn’t too surprising that tough local fisherman would eventually turn to a much more lucrative way of earning a crust… by bringing contraband over the channel and avoiding the dreaded burden of taxation!  The smuggling trade in Deal grew from strength to strength over the years. Illegal cargoes of liquor and tobacco landed on our shores.   The trade was such a problem in Deal that eventually drastic action was required. The Prime Minister William Pitt the younger sent an

army down to the town to deal (excuse the pun) with the problem once and for all.  The soldiers marched along the seafront pouring paraffin over every seaworthy vessel in front of the entire town’s folk.  Moments later those same local people watched their town’s livelihood go up in smoke. If you weren’t a fisherman you were a smuggler.  This drastic action was only ever employed in Deal.

It was these events that inspired George to begin penning his smuggling series. In 2012 he released his debut ‘The Boy Who Led Them’ which has been read and reviewed by readers from all over the world, it has never received a negative review.   The novel follows the rise and fall of a smuggling gang leader in the town, and was described by Bygone Kent as an absolute page turner they’d highly recommend.  In 2013 the young novelist followed it up with an epic prequel ‘The Boy Who Felt No Pain’ which explores many of the characters from his debuts past. This has never received a review lower than five stars out of five.

George’s latest novel ‘The Man Who Met His Maker’ is the writer’s most ambitious and in his opinion best novel yet.   It’s a dark tale of pirates, greed and revenge that will have the reader engaged until the very last pages.

George is a national award winning tour guide and works for several large tourism organisations, including English Heritage.  He has a head full of different plots in many genres and plans to write novels for many, many years to come. 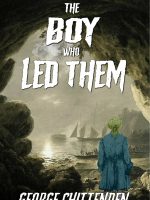 Raised by a fisherman on the English Channel and taken under the wing of the fearsome Billy Bates, Jacob Swift was leading the country’s most successful smuggling gang at fifteen, landing cargoes of brandy, tobacco and silk along the Kent coast whilst fighting battles with rival gangs and customs officers on land and sea. But when the king of smugglers gets caught up in a plot to steal a priceless treasure he makes an enemy with enough power to bring his empire to its knees. This is a story of honour, loyalty and England’s troubled past. A story of treasure lost and finally found. 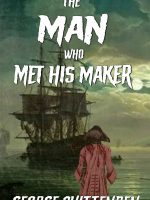 After decades of attacking Royal Navy ships the world’s most ruthless pirate Alfred Mudd finally dies, bringing his reign of terror to an end, but Captain Mudd’s lifetime of success leaves a deadly legacy, and a treasure haul large enough to finance a war for control of Europe.

So begins a race for the treasure between the British and French navies, a race that will see Admiral Saunders lead a squadron of ships across the Atlantic, around the dreaded Cape Horn and through the most dangerous seas on earth on the most important mission in the Royal Navy’s history. 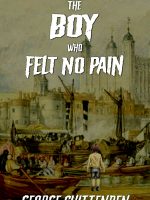 1760, The coastal town of Deal is a dangerous place, ruled by bare knuckle fighter Dale Jenkins and his ruthless gang of thugs who demand money from anyone forced to live on the wrong side of the law. But when Dale dies a battle for leadership between his brother and youngest son, Ronnie begins. As the townsfolk hold their breath in anticipation of trouble, local fisherman turned smuggler, Billy Bates spots an opportunity to end the Jenkins reign of terror and gathers an army out of the clan’s enemies, an army of misfits including a daring young thief called Alfred Bicks and a mysterious orphan whose past has destroyed his very soul. Risking everything Bill steps out of the shadows challenging the clan for control of the town’s criminal underworld and all out war erupts in the streets.