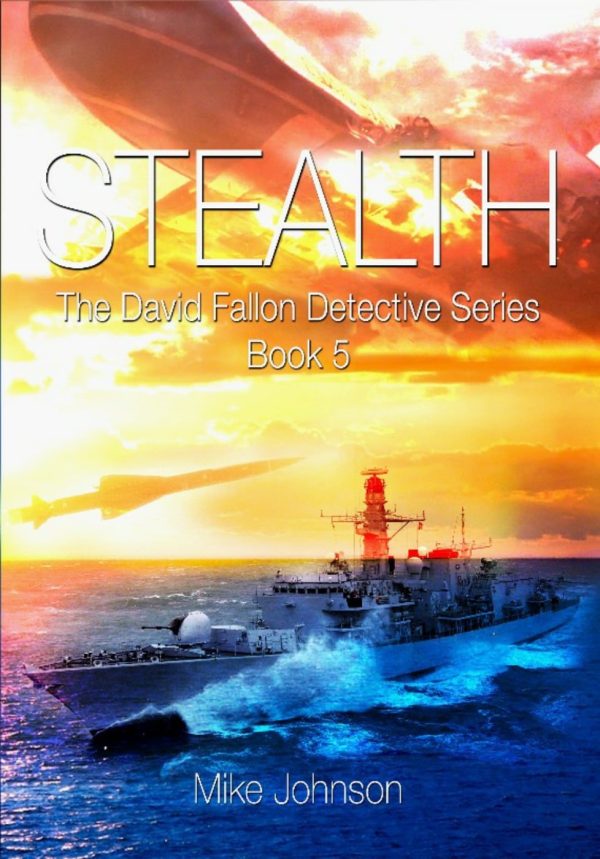 Stealth by Mike Johnson – Book 5 of the Detective Fallon Series

Madam (Doctor) Choy plots her revenge on David Fallon and his Worldwide Investigations but her ambitions will not stop there. In the Pacific the American government openly disputes the building of an Island by the Peoples Republic. A Chinese warship is attacked and sunk. The Chinese retaliate and sink the British ship they believe is responsible. It will cause a diplomatic incident but the downing of Airforce One will bring the two nations to the brink of war! David Fallon and his Organisation must use everything at their disposal to find and free the survivors of HMS Broadsword before this happens. He will have the help of a beautiful Romanian called Dana but is she putting herself in danger even with the help of the exotic Madam Dai? Stealth is the fifth novel in the David Fallon Detective series.